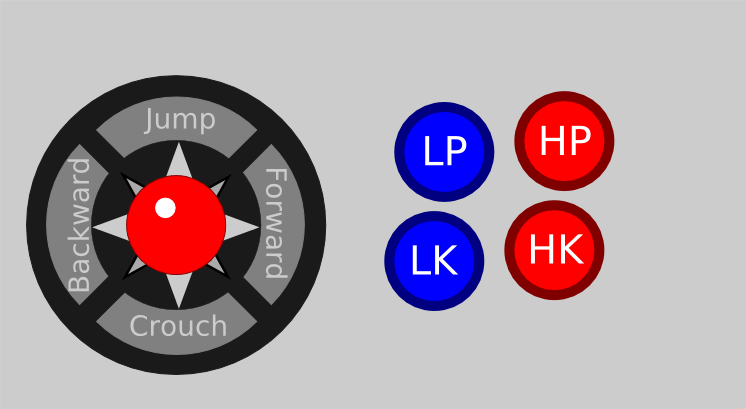 *Systems marked with the Asterisk are still subject to change. 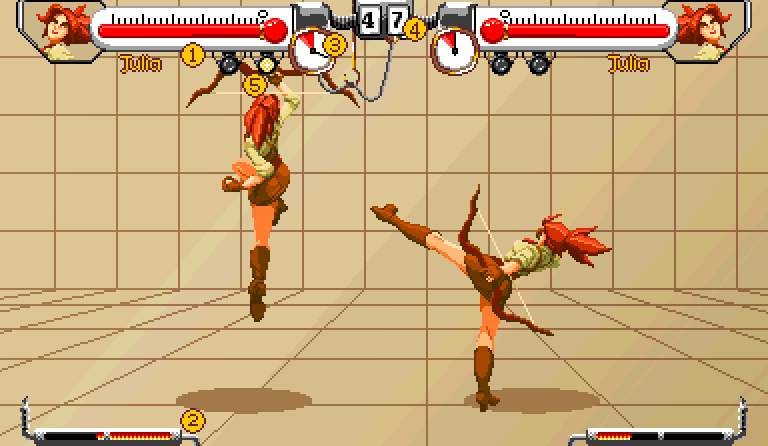 Image represents a game in development. Many of the visual elements are subject to change.

If no attacks hit or are blocked for a while, a character’s Shatter gauge slowly depletes.

Shatter Attack: By pressing LK+HK, every character can do a Shatter Attack. A Shatter attack is often a slower and/or unsafe attack, but when it hits it instantly fills the opponent’s Shatter gauge.

Shattered State: A Shatter occurs when the Shatter gauge is completely filled either by a hit or blocked attack.

During the Shattered state, the character falls to the ground. During the period that he is falling down, he is vulnerable. Any attack that connects on a shattered opponent causes a knockdown.

When the player opts to not not hit the shattered opponent, the opponent enters a special knocked down state from which he is not able to perform a reversal. Allowing the attacker to safely apply pressure or go for a mixup.

Shatter Super: If you have shattered your opponent, another option becomes available to you. You can perform a Shatter Super at the cost of 50% super gauge.