Roxanne Vasquez is a famous Inquisitor, one that descended out of a long line of commanders, investigators and warriors. Where most Inquisitors specialize in hunting mutants, vixens or cultists, Roxanne has secretly been fighting the rotten parts within the Inquisition and the entirety of the armed forces. Armed with musket, sword and two decades of field experience, Roxanne is a force to be reckoned with.

We have always made an effort to make a proper mixture of characters that are innovative, and introducing the classic archetypes in our game system. After Cole, a pretty experimental character, we have now arrived at the fourth and last alpha character: Roxanne Vasquez.

Roxanne is a charge character in the classic sense, as such she has solid pokes and quick specials. Unlike other characters that have one or two supers (excluding the shatter super), Roxanne has powered-up versions of every special attack in her repertoire. While these powered-up moves lack the devastating damage of most supers in our game, they are potent reversals that should keep the opponent on their toes all the time.

In lieu with this design, Roxanne builds bar way faster than the average characters. This allows her to incorporate these supers into her combos more often than other characters.

Roxanne’s game plan is about about zoning, strong reversals, and decent pressure strings. Roxanne is a solid wall with strong footsies, but lacking the superb offensive capabilities of grappler and mix-up characters. 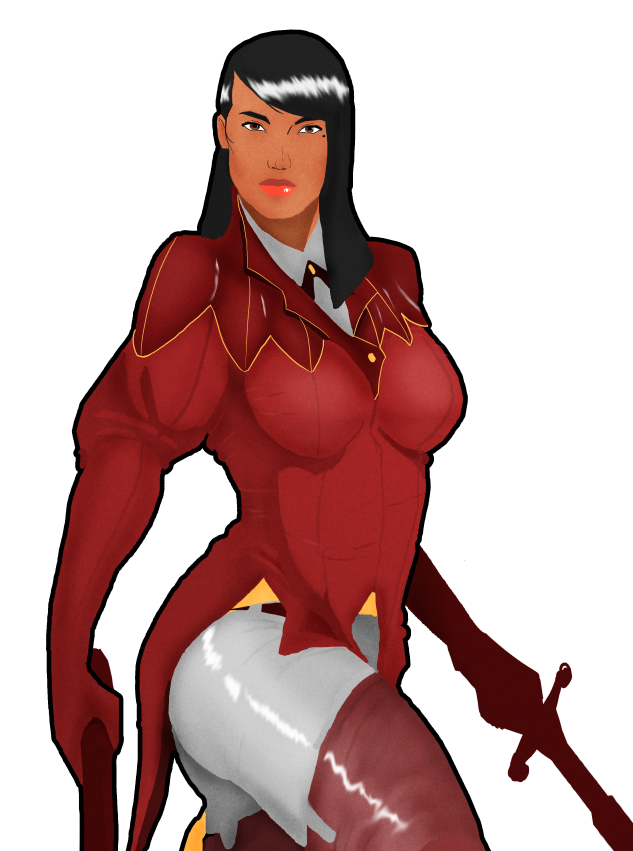