As we mentioned in earlier blog posts, we wanted our art style to be based on the comics of European and American tradition, as opposed to the manga style that is almost universally present in fighting games.

One of the issues this can produce is the dissonance between the sprites and the artwork. Sprites with a lower resolution such as ours will always have some ‘manga qualities’ simply because low resolution almost automatically means that facial features will be bigger. There are some workarounds for it and some studios managed to do this with alternative ways of spriting, but in a lot of these instances there are noticeable sacrifices. A complete and truthful conversion is hard to create.

During the creation of our world we’ve had several shifts in design. The most noticeable was us slowly moving away from the steampunk direction we originally envisioned. There are certain aspects that survive, but we’ve settled for a more early 20th century look on the main location of our game, the city of Amsterdam.

Other places and characters might still draw inspiration from a 19th century or even a steampunk look. Julia, the character we already introduced, is a good example of this. While steampunk can deliver a broad and vivid world, we felt that it is a too narrow a style to create a complete world, it stayed as an influence, but its no longer the theme. It’s our world to create, and we want it to be diverse and wonderful. 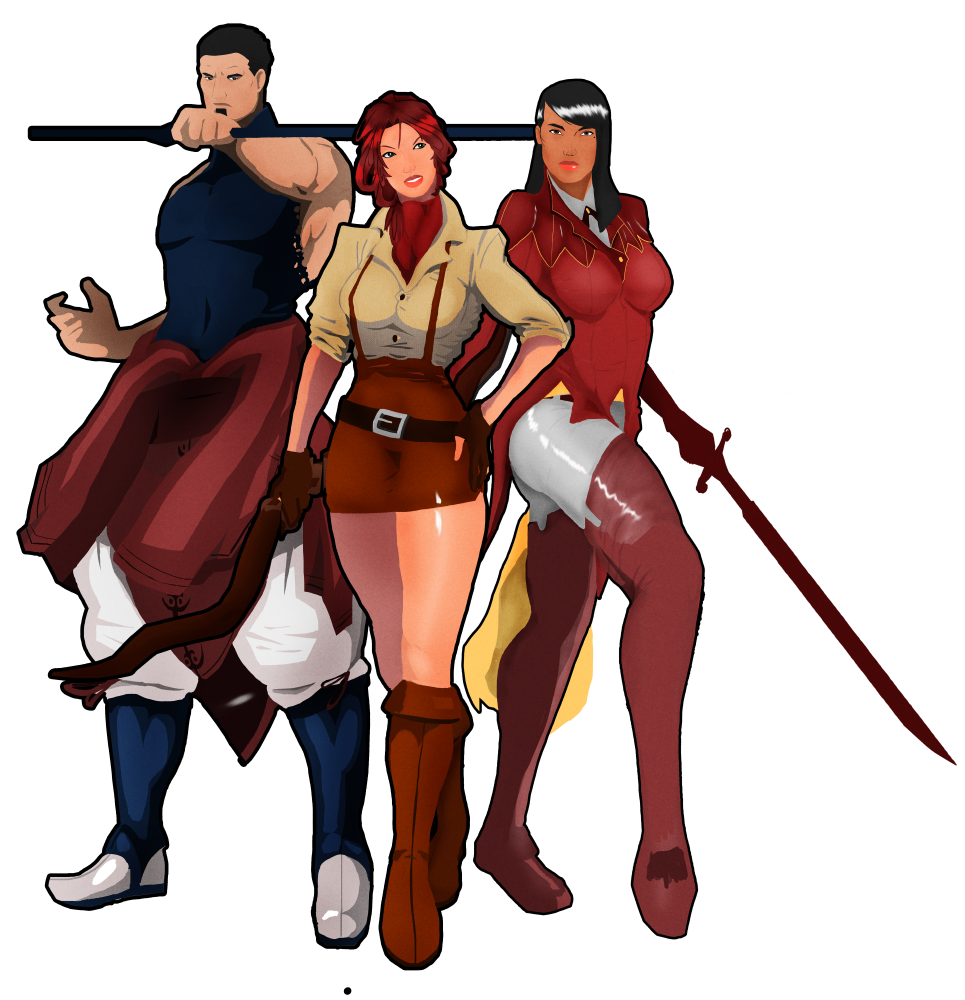 Above picture features features some of the characters we hope to someday include in our game. The middle one is Julia Verne, who we’ve already introduced in previous posts. To her left is Kojiro, a sword fighter who has seen some redesigns in the meantime.

The woman to the right is Roxanne Vasquez, she is a soldier of the Inquisition which is a gigantic faith driven army. The Inquisition is one of the key factions in the game and feature a distinct stylization and color palette, which will more than likely return in the artwork in one of the stages in our game.

These characters designs represent the look and feel of our game, and display some of the style and culture of the people that inhabit our world.

The coming weeks we will discuss the upcoming characters, Ushah, Cole and Roxanne, who together with Julia will kick off our games Alpha version.

The world where our fighters duke it out is a wondrous one. A cataclysmic event also known as ‘The Shattering’ occurred, and the earth we know it has ceased to exist. Humanity has had to survive on a broken world with limited space to live on. The planet-encompassing ocean dictates the everyday struggles of reality, and the few remaining land masses hang in the air, defying gravity. Over the millennia society has slowly started to bloom again.

At the time that our game takes place, the level of technology has finally advanced into the modern age. The story is set at the start of a clash between powerful nation states. Much akin to our second world war, the general populace is afraid of the prospect of war and the whispers of strange and deadly weapons.

The background stages for a fighting game should be more than an arena for fighters to face their opponents, it should be a vibrant world where these characters have enough reason to fight for their existence, not just for sport. We would like the world and story to add something more to the motivations of the characters than ‘fighting just for the sake of fighting’, while avoiding a nonsensical and confusing story.

We are not yet sure to what extent we will have the time and resources to implement a story mode, but we would certainly like to. Even in case that we do not implement a story mode, we do not see this as a reason to refrain from creating a convincing and captivating world for the background stages, the art, and the characters. While all our characters are independent fighters, the game story will emphasize on the underlying relations and allegiances of the fighters and the powerful organizations that exist in the world. 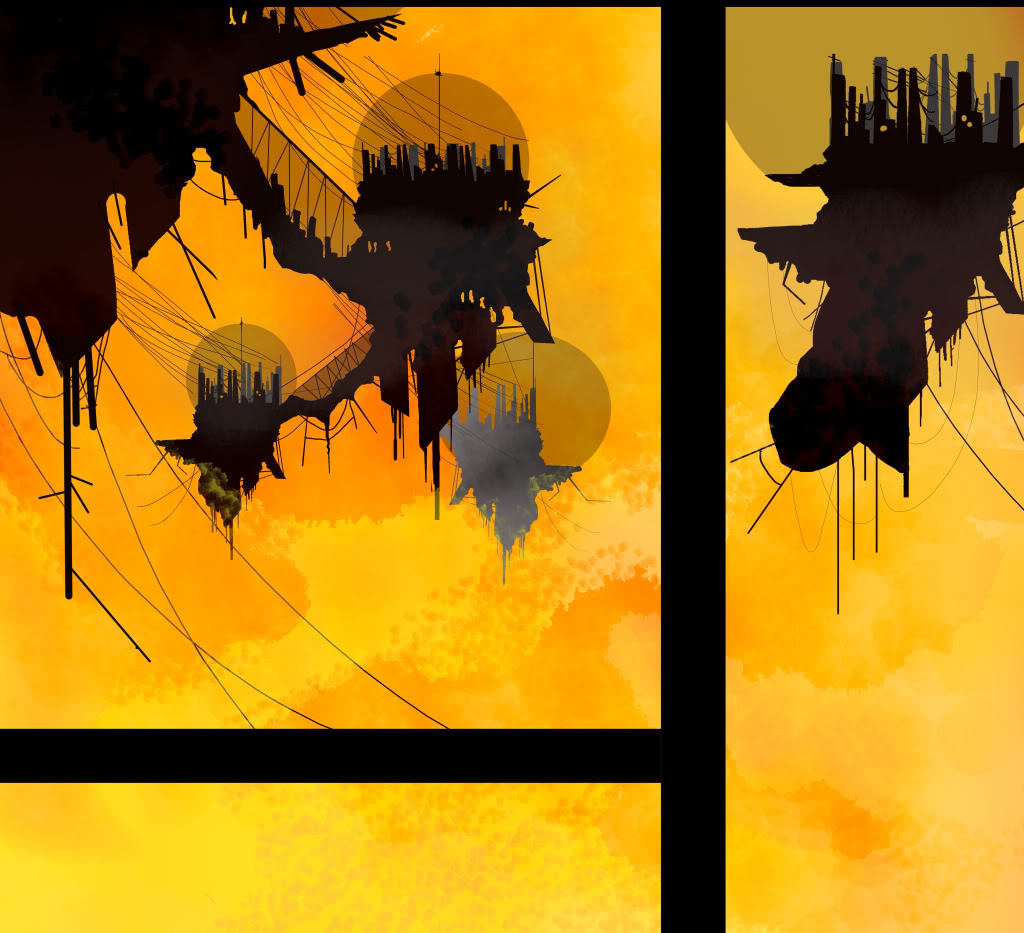